UK
You are on |
Get a live quote now

Our team is here to make sure you get the best possible service an insurance broker can provide. Learn more about Pacific Prime Latin America's helpful insurance advisors, and the people who support them here. 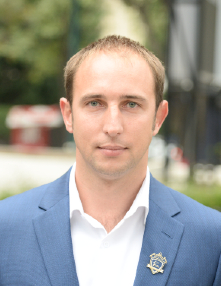 Marco joined Pacific Prime in 2013 as a Sales Advisor, where he quickly rose to become the Head of Training and Sales Director, and at one point was responsible for more than 40 employees across 3 global offices.

Over the years, Marco grew and developed to become one of the company’s top employees. His local expertise, global market knowledge, and ability to communicate in several languages made him the obvious choice to lead the Latin America project in 2018. From the onset, Marco was instrumental in laying the foundations and opening Pacific Prime Mexico - the company’s first office in the Latin America region. Today, Marco’s goal is to establish a strong presence for Pacific Prime within the region, whilst continuing to develop a global team.

Marco grew up in Argentina with a Swiss-French background and holds an engineering degree from the University of Buenos Aires. As a proactive person, he has a passion for sports and excels at football, sailing, and running. He also enjoys traveling the world with his wife and experiencing new cultures. After 7 years of living in China, he is now closer to home, where he is able to continue his exciting adventure, and lead his fantastic team at Pacific Prime Mexico. 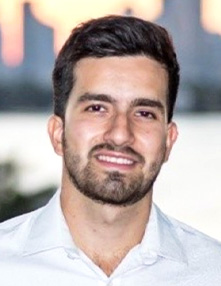 Originally from Colombia, Steven has been living as an expat for the past 12 years in Canada, China, and Mexico. He graduated from Donghua University in Shanghai, holding a Bachelor’s degree in Business and International Trade. He is a talented individual who can speak English, Chinese, and Spanish.

Steven joined Pacific Prime in 2015 as a Sales Consultant and became one of the top salespeople in the company. Soon after, he progressed to become a Business Development Manager for the Latin America region, whose role was to help set up an office in Mexico City. Today, Steven is the Head of Corporate Sales and currently manages the corporate team. He focuses on the development of SMEs and large corporate accounts throughout the Latin American region and beyond.

Originally from Ukraine, Tania graduated with a Master’s degree in Chinese and English Philology. Following her dreams, she moved to China and lived there for 7 years. In 2014, she began her Pacific Prime journey in Shanghai as a Sales Consultant.

Today, Tania is a Senior Sales/Training Manager and a Team Leader at Pacific Prime Latin America. She continues to leverage her multi-cultural background and professional knowledge within the insurance industry across Asia, Latin America, and Europe. Her goal is to provide excellent customer service to key clients and corporate accounts.

Among her career highlights, the contribution to developing the Thai market from 2015 to 2018 and opening the Mexico City office in 2018 were key factors for the company's global growth.

When not working, Tania is a lover of fitness and acrobatics which keeps her mentally fit and healthy. 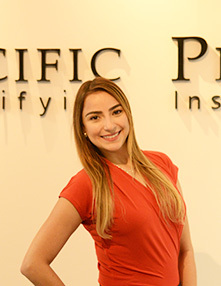 Dayana was born and raised in Colombia, where she graduated with a bachelor’s degree in Finance and Commerce. In 2010, she moved over to the UK to obtain her MBA. After 4 years of living in the UK, Dayana decided it was time to explore new horizons, and decided to move to China.

During her 8 years in the country, it was in 2016 that she finally joined Pacific Prime. In 2017, she was part of the initial team that traveled to Latin America to weigh up the potential of opening up a new office in the region.
Today, Dayana is in charge of the Relationship Management team for the Americas and the Caribbean.

In her free time, she enjoys traveling the world, exploring new places, trying new foods, and meeting people of different cultures and backgrounds. 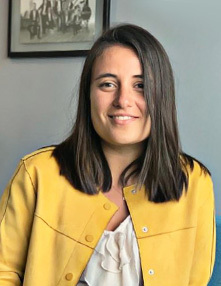 Born in Mexico, Kimberly studied hotel and tourism management. Her passion has been to explore new cultures and languages, but to also learn from people from all walks of life.

Kimberly joined Pacific Prime back in 2018. Since then, she has continued to improve her skills and has excelled tremendously in her role as a Sales Consultant. Speaking both Spanish and English, Kimberly puts clients first and helps to find suitable medical insurance solutions.

Today, her goal at Pacific Prime is to maintain her knowledge and understanding of medical insurance so she can provide advice while making the experience as hassle-free as possible. 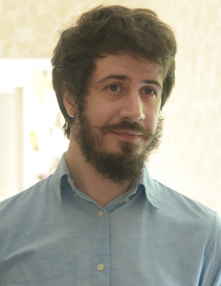 Tiago has lived, studied, and worked across 3 different continents and has visited more than 25 different countries around the globe. As a language enthusiast, he has worked in several multinational companies until his arrival at Pacific Prime in 2018, where he progressed from a Sales Consultant to Senior Consultant, and most recently has been promoted to the role of a Senior Sales Advisor. With his extroverted and dynamic Brazilian personality, he approaches every interaction with joyfulness.

As a Senior Sales Advisor, he deeply enjoys being remembered as the person who has provided the right solutions when needed. He builds a good rapport with his clients and goes the extra mile to provide guidance or assistance during urgent and sensitive matters. Tiago is a flexible individual and is willing to help, even at the most unusual of times. He often acknowledges that his client’s interests are his own interests too.

Tiago graduated with a bachelor’s degree in business administration in Brazil and received a master’s degree in international economics from Shanghai University in China. When not working, he enjoys photography, traveling, and meeting up with his friends. 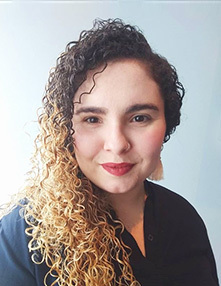 Roberta joined Pacific Prime at the beginning of 2019 as a Sales Consultant. She has the ability to provide reliable advice in three different languages: Portuguese, English, and Spanish. Roberta’s travel and work abroad have allowed her to build up a tremendous amount of experience and knowledge. Her international flair means she can support a vast number of clients and get to know them quickly and build rapport. Roberta continues to be a remarkable team player and loves to help others. She is flexible and proactive and never fails to lend an ear and support. 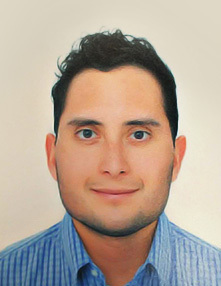 Daniel joined Pacific Prime in 2019. He is a highly motivated person that likes to seek new adventures and never stops to explore. Born in Mexico, he studied at Tecnológico de Monterrey and received a Bachelor’s degree in Communications. His current position as a Sales Consultant means he is helping people from all walks of life match their needs and budget with the right insurance solutions.

When he is not working, he loves to travel around Mexico, exploring every nook and cranny and searching for the next big thing to do. Daniel is also an avid photographer and loves music. 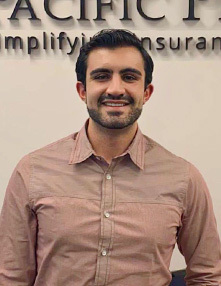 Jose, a graduate from the University of Michigan, is a competent individual who strives to achieve the best in everything he does. Every day, he wakes up with a passion to do amazing things. As a Sales Consultant at Pacific Prime, Jose works hard to sharpen his skills and develop new ones so he can better serve clients. He gets inspired by his excellent team and from others that surround him. Speaking both Spanish and English, he can strike up an enjoyable conversation that impresses many that cross his path. 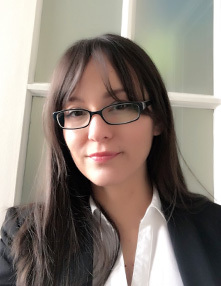 Enyik has been with Pacific Prime since 2012 and has worked in our claims, client services, and client relationship management departments. She fully understands administrative procedures, reimbursements processes, and the costs of most international health insurance plans. Enyik has experience working with hospitals in Asia, America, and Europe and her annual portfolio includes a wealth of clients across 5 continents.

Born in Venezuela, she has traveled to live and work in cities like Shanghai (China) and Santiago (Chile). Her background as a journalist has helped her develop rapport and communication with clients at Pacific Prime. She has extensive experience and knowledge in management, media (traditional and social media), and PR. 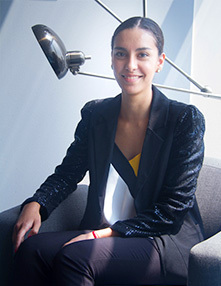 Andrea recently moved to our corporate team as Senior Corporate Admin. Prior to her new position, she undertook several tasks in the different sectors of the admin department including but not limited to training new hires and processing claims. She looks forward to the challenges ahead in her new role, where she will apply her knowledge, as well as learn many new key tasks to successfully serve our corporate accounts.

Even with the commitment and hard work she puts into the company, she still manages to commit time to her hobbies and lifestyle outside of the office too! As a proactive person, she likes to teach others how to dance, play several sports, and is passionate about learning new languages.

Meet an advisor at our office or have them give you a call.

We are here to help!
Name*
Email*
Contact Number*
Call or Meeting?
Date
Time
If you wish to opt-out from communications regarding other products and services, please tick this box. You can unsubscribe from all communications at any time.
By clicking the complete enquiry button, you agree with our Privacy Policy and to be contacted by us in regards to your enquiry.
Thank you for your enquiry, we will be in contact soon.
Health Insurance Quote
Insurance Plans